Pollution is an undesirable change in physical and biotic element of the environment which affects adversely the plants and animals life. Water pollution deals with the pollution of aquatic medium and them affects on biotic community of water. It degrades the natural quality of water and makes it unfit for any use. The process of modernization characterized by the rapid industrialization and urbanization in both developed and developing countries including Nepal have led to the growth of environment pollution. As a result, the issue of sustainable industrial development is getting prominence in global scale. In addition, increased pollution from urban and industrial effluents released in upstream states would make even this reduced flow available less fit for human use.

Pollution of water is the most serious public health issue in Nepal. Many people drink water from spring, streams, canals, ponds, wells, rives, etc. Many studies indicates that the public water supply is far form satisfactory in almost all localities in term of bacterial contamination.

Sources of Water Pollution in Nepal

The major sources of water pollution are grouped as follow:

Effects of Water Pollution in Nepal

Following are the major pollutants of water and their effect to the aquatic living organisms. Effects of water pollution are given as follows:

Sulphides, sulphites and other organic residues are the major pollutants of water released from various industries such as Dairy, Tanniers, Paper mills, etc. These reduce the oxygen content of water and adversely affect aquatic flora and fauna.

Sewage is the liquid waste discharged from all domestic and industrial sources. Untreated sewage is discharged into fresh water bodies. It has been estimated that about 75 % water pollution is caused by domestic waste and sewage, It causes spreading of water-born disease and the toxic substances in water kill the useful living organisms and destroy the biological activity As the sewage contains organic matter that harbour disease causing microorganisms and accelerates dissolved oxygen consumption for decomposition of such huge amount of organic matter by microorganisms. This process leads to develop maximum “biological oxygen demand” (BOD).

BOD is defined as the amount of oxygen required for the oxidation of organic matters by microbial action. The BOD value of clean water is usually between 1 and 2 mg/litre. It is used as an indicator of degree of pollution.

A Nepalese man is searching valuable things in the Bagmati river

A large volume of hot water released from many industries cause serious thermal pollution.

Acids, alkaline, lead, copper, cyanides are the poisonous substances which are released from various sources. These reduce oxygen-transporting capacity of blood in human.

Spilling and washing of automobiles release the oil. The river and ocean get polluted from oil tanker. As oil spread over the surface of water, it decreases the oxygenation in water so that aquatic animals are badly affected.

These are the poisonous chemicals which are used by farmers in their fields to kill agricultural pests. These are washed from the fields into the river and are taken up by many organisms through food chain.

Accumulation of nitrates and phosphates in water cause eutrophication. It is the natural process due to which organic nutrients are accumulated in the pond or lake water causing excessive growth of microorganisms and aquatic vegetation as bloom. It leads to the decrease in oxygen level. 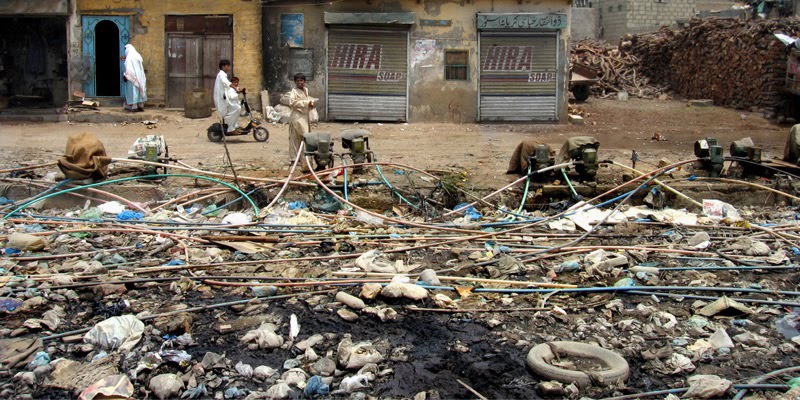 Solution of Water Pollution in Nepal

Water pollution may be prevented by the following ways:

Different types of wastes and pollutants may be recycled. These recycling facilities should be formulated and implemented by all industries.

2. Cleaning and treatment of waste water-

This treatment involves sedimentation, flotation, screening, etc. The waste may be removed by throwing the settled suspend or gravel.

This method involves the allowing of water to pass through a thick layer of stone or gravel.

3. Control of irruption at distribution of industries.

5. The use of pesticides should be minimized.

6. Education programmes are needed to inform the people in the protection of river and use of safe water

7. Various legislative measures should be employed to control water pollution.

A Rat death: An effect of polluted water of the river

Points for the Solution for Drinking in Nepal:

=> How to Say Happy Father’s Day in Nepali : 5 Wishes Examples

=> Why Do We Celebrate Father’s Day? Here Are 33 The Most Accepted Reasons That No Child Can Ignore